Mr. Spadea represents franchisees and franchisors from negotiating the contracts pertinent to the various transactions such as leases, Franchise Disclosure Documents (FDD) and asset purchase agreements to representing clients looking to resolve disputes when relationships don’t turn out as expected. Mr. Spadea brings a history of not just being a lawyer, but being an entrepreneur and corporate executive for multiple franchise concepts. This perspective allows him to not only vigorously defend his client’s legal rights, but also to never lose sight of their business goals.

He got his start in the franchising industry as a Franchise and Business Broker for Sunbelt of Philadelphia, acting as an advisor to clients looking to transition into the ownership of a franchise or the purchase of an existing small business. As a business broker, Mr. Spadea handled dozens of transactions a year from listing businesses for sale, recruiting buyers, to negotiating transactions that satisfied all the stakeholders.

Prior to Sunbelt, Mr. Spadea was the owner and President of LPB Communications where he co-founded a factory in Latin America, successfully created an international sales network in Asia and invented a product for which he was granted a US Patent.

Josh Lignana brings over fifteen years of experience in the securities and finance world. He is a graduate of Rutgers School of Law in Camden, New Jersey. His undergraduate degree is in Physics and Political Science from Rutgers College in New Brunswick, New Jersey

Mr. Lignana’s business experience gives him a valuable perspective in dealing with legal issues affecting businesses and businesspeople. Most importantly, this perspective allows Mr. Lignana to help clients balance the pursuit of their legal rights with the maintenance of valuable business relationships and the pursuit of business objectives.

After Franchise Dynamics, Andrew worked as a Marketing Representative with Rockwood Programs, a Professional Liability Wholesaler based in Wilmington, DE.  Even though Andrew enjoyed the insurance industry, he missed the Franchise Industry. With his new passion for Insurance and his ongoing passion for the franchise industry, Andrew decided to start A.J. Lawrie & Associates, an Insurance Agency/Brokerage Specializing in the Franchise Industry.  In May of 2013 Andrew decided to merge with Arthur J Gallagher & Co.  the 3rd largest insurance broker in the nation.  Andrew worked as a Program Manager for 3 years with AJG, but wanted to get back onto the franchise side of things.  Andrew worked as Director of Franchising for Little Nest Portraits an Emerging brand in the Philadelphia market for 6 months before joining Murphy Business and Financial as a broker.

Andrew also is a franchisee with Philly Pretzel Factory and Fitness Machine Technicians.  From 2009-Current Andrew also owns and runs his own Athletic Training Facility Supreme Power Fitness in Kennett Square, PA. Andrew also is Co-Founder and on the Board of the Philadelphia Franchise Association.

Franchising has always been a part of Andrew's family. Andrew's Great Uncle, William Rosenberg, founded Dunkin Donuts in 1950 as well as the International Franchising Association in 1960. Andrew's grandfather, Leonard Swartz, has been in the Franchise Industry for 49 years and continues to work in the industry today. Andrew has always been interested in the franchise industry and this was increased even further by attending several conventions and meetings with Leonard and increasing his knowledge of the franchise industry. Andrew is a Certified Franchise Executive through the IFA. 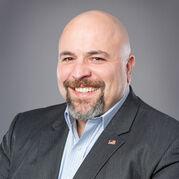 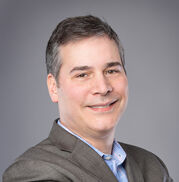